A sealant is a bonded coating that is permanently applied to the chewing surface (pit and fissure) of molars to prevent food impaction and ultimately reduces the chance for caries (cavity) formation on those surfaces. This type of treatment is well document and studied and has been shown to tremendously decrease cavities in children and adolescents. After the sealants are placed they are monitored and assessed for retention at every check-up. 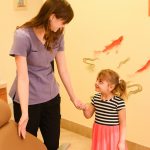 Welcoming Bella into the dental chair 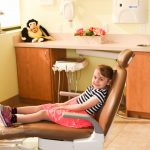 Bella sitting in the dental chair 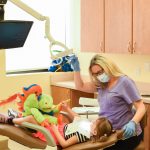 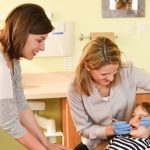 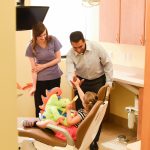 The Scientific Evidence on Pit and Fissure Sealants:

Pit and fissure caries (chewing surface cavities) account for approximately 80-90 percent of all caries in permanent posterior teeth and 44 percent in primary teeth.1 A bonded material is placed into the pits and fissures (chewing surface) of caries-susceptible teeth that micromechanically bonds to the tooth. This prevents access by cariogenic bacteria to their source of nutrients,2 thus reducing the risk of caries in those susceptible pits and fissures.

As to evidence of effectiveness, a Cochrane review (one the highest forms of review of all medical scientific research) found that sealants placed on the occlusal surfaces of permanent molars in children and adolescents reduced caries up to 48 months when compared to no sealant.3

Also, according to a meta-analysis of 24 top scientific studies, the overall effectiveness of autopolymerised fissure sealants in preventing dental decay was 71%.4

Another Cochrane review calculated that placement of resin-based sealant in children and adolescent reduces caries incidence of 86 percent after one year and 57 percent at 48 to 54 months.5

Studies incorporating recall and maintenance have reported sealant success levels of 80 to 90 percent after 10 or more years.6, 7